If my recent LitRPG fantasy release didn’t tickle your interest (or if you just like everything), you might want to try my new book Caught in Panties on for size… a forced feminisation story of a crossdresser who gets caught wearing his new roommate’s underwear! But it turns out she’s into it… and she’s not going to stop at just lingerie. 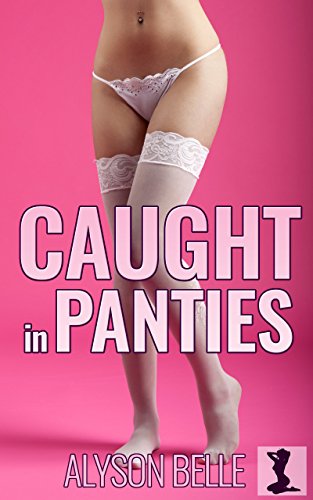 “I’ve never met anyone like Jessa before—someone who knows my sexy little secret and not only doesn’t care, but is turned on by it. When she forced me to get dressed up in her sexiest lingerie and dolled me up in her makeup, I’d never felt so much like a real woman… and that’s only the beginning.”

When Sam puts out an ad for a new roommate, he wasn’t expecting a gorgeous woman like Jessa to answer! But her cash is good and she wants the room, so even though it’s kind of weird he agrees to take on a female housemate. The only problem is going to be keeping a lid on his tendency to wear women’s clothing now and again… especially since Jessa asked him to handle the laundry!

Sam can’t resist a hot pair of panties, and soon he finds himself falling back onto old habits. But when Jessa catches him dressed up in her lingerie, rather than being disgusted, she thinks it’s hot. In fact, she makes him go further, doing his hair and make-up and introducing him to an exciting world of sexy fun that he never even imagined existed!

Soon they’re going out to clubs together and Jessa is pushing Sam deeper and deeper down the rabbit hole. When a hot guy named Aaron starts expressing interest, will Sam go for it and embrace the ultimate experience of being a real woman? In the heat of the night and the darkness of the club, anything is possible…

Finally, this is the LAST weekend my super-sexy gender-swapped space romp Space Swapped is going to be free for quite a while, so grab it now while it’s hot! Of course, it’ll still be hot later, too… you’ll just have to pay for your naughty little space adventure after Sunday. Thank you, as always, for your ongoing encouragement and support. I appreciate the recent reviews. You don’t know how much it helps sell books, so if you have a moment, please keep ’em coming!