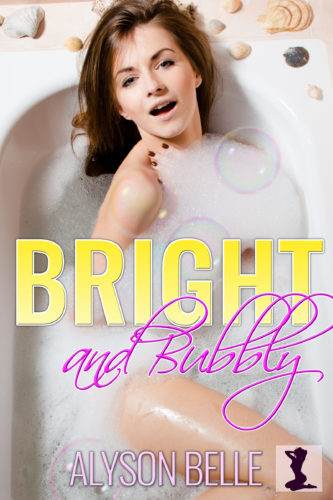 Russ can’t keep a girlfriend around to save his life, thanks to his way-overactive libido. But it turns out there’s an easy solution for that problem—girls never have an issue finding a hot date, right?

When Russ loses his third girlfriend in a row to his overly voracious need for getting down and dirty, he complains to his friends that a girl wouldn’t ever have this problem. Case in point: His friend Krystal, a lesbian who sleeps with dozens and dozens of hot dates. But since he’s not a girl, Krystal proposes an alternate solution: Why not go see a fortune teller and see if a little hypnosis can cure him of his appetites?

At first, Russ is skeptical, and he’s right to be—the moment he shows up in Madame Orlando’s magic shop, she tells him that he doesn’t need hypnosis. He just needs a partner who’s right for him. But Russ insists, and after a long look into his soul, she sends him home with a magic bath bomb that he absolutely does not believe is going to do anything. His doubt lasts right up until the magic bath bomb does its thing and turns him into a beautiful woman!

Now, as the gorgeous brunette Riley, he discovers that he loves being a girl more than he ever could have imagined, and he has no problem finding lovers of either gender. But when his string of endless one-night stands begins to leave him feeling a little empty inside, he begins to wonder… will he ever find the person he’s truly meant to be with? Or will he end up stuck forever as the bright, bubbly girl everyone likes to have a good time with, but no one wants to keep?