I have an exciting sequel to my August hit Savagely Swapped for you all this week: Pleasure Maiden, Book 2 of Gender Swapped by the Witch Queen!

Once, he was Azlato, the most powerful warrior-king of the grassland people, taking whatever women he pleased. Now, thanks to the evil witch-queen’s curse, he’s been swapped into the body of a nubile and eager pleasure maiden who must service the same warriors he once led in his own sex tents.

The mistress of the tents has some very rough training in store for Azlato, and she won’t stop until he’s a perfectly obedient pleasure maiden. Meanwhile, Azlato discovers that his old body might be in mortal peril! If the witch queen dies while in his form, Azlato might have to spend the rest of his life as a sex-crazed bimbo in the pleasure tents.

He only has a few days left to find a way to break the witch queen’s spell and spare himself from this fate, but first he has to figure out how to stop dropping his panties every time a hot body wanders by…

Will the mighty Azlato be able to save himself? Or will he be doomed to work on his back forever as just another pleasure maiden?

If you haven’t checked out the first one yet, now is a great time. But don’t take my word for it! Sally at Bending the Bookshelf reviewed it and had high praise for it too. 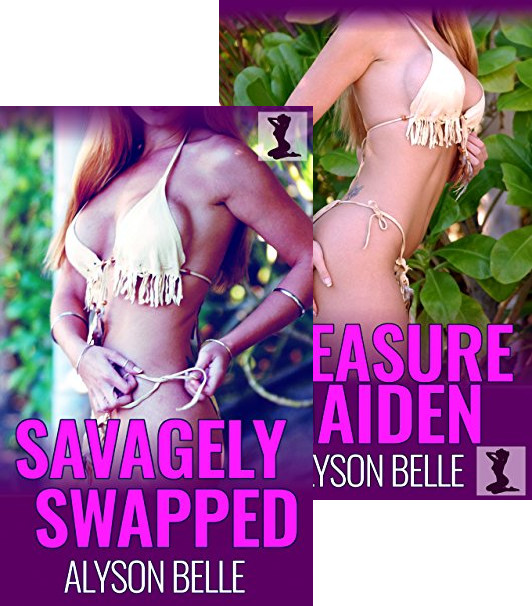