I have a brand new book to announce this week: Swapped and Popped, a fun and sexy scifi gender-bender that fans of romance, nanobot body swaps, and pregancy will enjoy! 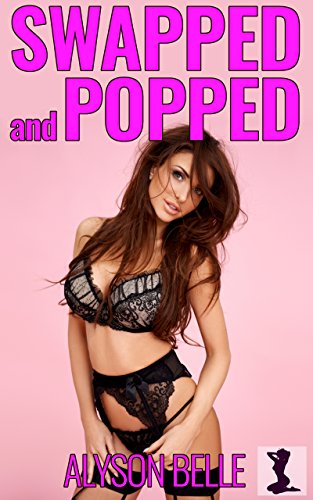 When my friend Taylor invited me on an exciting getaway weekend at his boss’s amazing mansion, I had no idea he had an ulterior motive! I agreed to help him test these nanobots, and now they’ve turned me into an unbelievably sexy, fertile sex kitten… but I’ve never even had sex before. Good thing Taylor is here to show me the ropes… I hope it doesn’t hurt too much when he pops my cherry!

Chase is a quiet, easygoing guy that works a regular 9-5 office job and has never really been that great with women. None of his friends know his embarrassing secret, which is that despite his age, he’s never had sex yet! Instead, he just focuses on his friendships, like with his buddy Taylor, who Chase has always thought is cool, interesting, and fun.

When Taylor asks Chase to come away with him for the weekend to an amazing mega-mansion overlooking the ocean and help him house-sit for his brilliant inventor boss, Chase has no idea that Taylor has a secret plan: A plan that involves testing out a new nanobot gender swap technology that both Taylor and his boss stand to make millions off of!

But why not try being a girl, Chase wonders? It looks like a fun time, pretty girls always seem to have it so easy, and his female friends insist the orgasms are mind-blowing. He agrees to be a test subject, and sure enough, Taylor is soon busy blowing Chase’s mind in an all-new, super-hot female body. An especially fertile female body, if Chase had read the fine print, but who has time for that?

Besides, obviously he’s smart enough to use a condom, right? Every girl knows better than to have unprotected sex, and especially for her first time…