I have a cute new romance out this week I think you’ll all enjoy… Join Tom on the adventure of a lifetime as he falls asleep on a plane to NYC and wakes up as a gorgeous woman! It’s a situation that would be extremely alarming if it didn’t present some very interesting opportunities with his lesbian best friend he’s been secretly in love with forever… enjoy your happily ever after. 😉 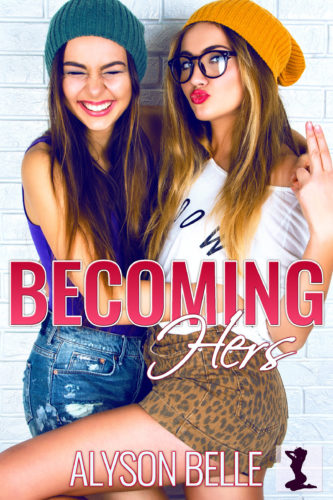 Tom McCallister has been in love with his best friend Lyla for as long as he can remember, but what would be the point of telling her that? He’s known that it’s hopeless ever since she came out to him as a lesbian during their freshman year of college. Lyla likes women, and Tom is definitely not a woman.

But when Tom loses both his job and his girlfriend on the same day, Lyla is still the first person he turns to for support. She tells him to drop everything and fly out to see her in New York, confident that some friend time is exactly what he needs to get through his slump. On the plane ride over, Tom confesses his love for Lyla to a mysterious woman, takes a nap, and then wakes up in New York with some very surprising changes! He’s been somehow transformed into a jaw-droppingly beautiful woman–a “megahottie,” as Lyla would say. Tom has no idea what’s going on and texts Lyla in a panic!

Fortunately, Lyla is there just like always to help him out. But now that Tom is a woman, their whole dynamic has changed. Sparks fly between the two best friends almost immediately, and Tom realizes that as “Jess,” he might finally be able to explore his real feelings for Lyla. Is it worth risking everything for a happily ever after?