This week I have a fun little story about a man named Carson who wants a family so badly he’s willing to trick his wife Katie into having a baby to get it, even though she doesn’t want that. It’s not a very nice thing to do, but Katie isn’t one to cry over spilled milk. She just makes sure that the punishment fits the crime… Hope you enjoy it! 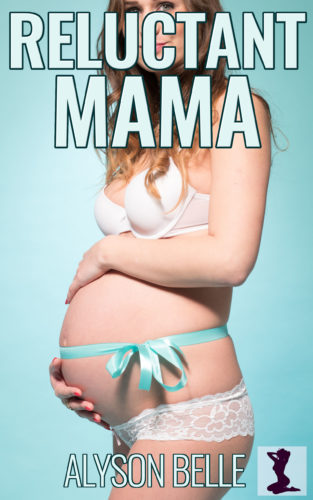 I should have known better than to mess with my wife’s birth control pills. Sure, I managed to get her preggers… but now she’s swapped bodies with me to punish me, and I’m the one stuck carrying this little bundle of joy!

Carson has always wanted a big family, but his wife Katie insists that she’s not ready to put her body through all of the hassle of having one yet. She’s a young, hot, yoga instructor, enjoying life on her own terms while Carson hangs out with his friends at the pub.

Carson can’t let it go, though. Women are made for this sort of thing, he figures. She probably just needs a little push. So one day, he swaps out her birth control pills for fakes, and hopes that by the time she realizes what’s going on, she’ll just get used to things! When his plan works, Katie ends up being pretty pissed.

He didn’t count on her having a magic spell that swaps their places, though! Now he’s stuck dealing with the consequences of his own actions… all nine months of them. And if he doesn’t do everything Katie says and keep his new body in tip-top shape, she might make him do it again… and again… and again…